We have just released the first update for Seasons 19: version 1.0.1. This update contains a lot of bug fixes, including fixes for all the biggest issues we have seen and have had reported. Some changes have changed the gameplay to make it work better or solve issues that we have seen.

Read the release notes to read all the changes made.

There are a couple of issues we have seen a lot. The first is growth: there was an issue where the basegame growth was not disabled so two growth systems were updating the crops. This caused almost all growth problems you have seen and is now solved.

Another thing we have seen quite a bit is confusion regarding the new hay and semidry: 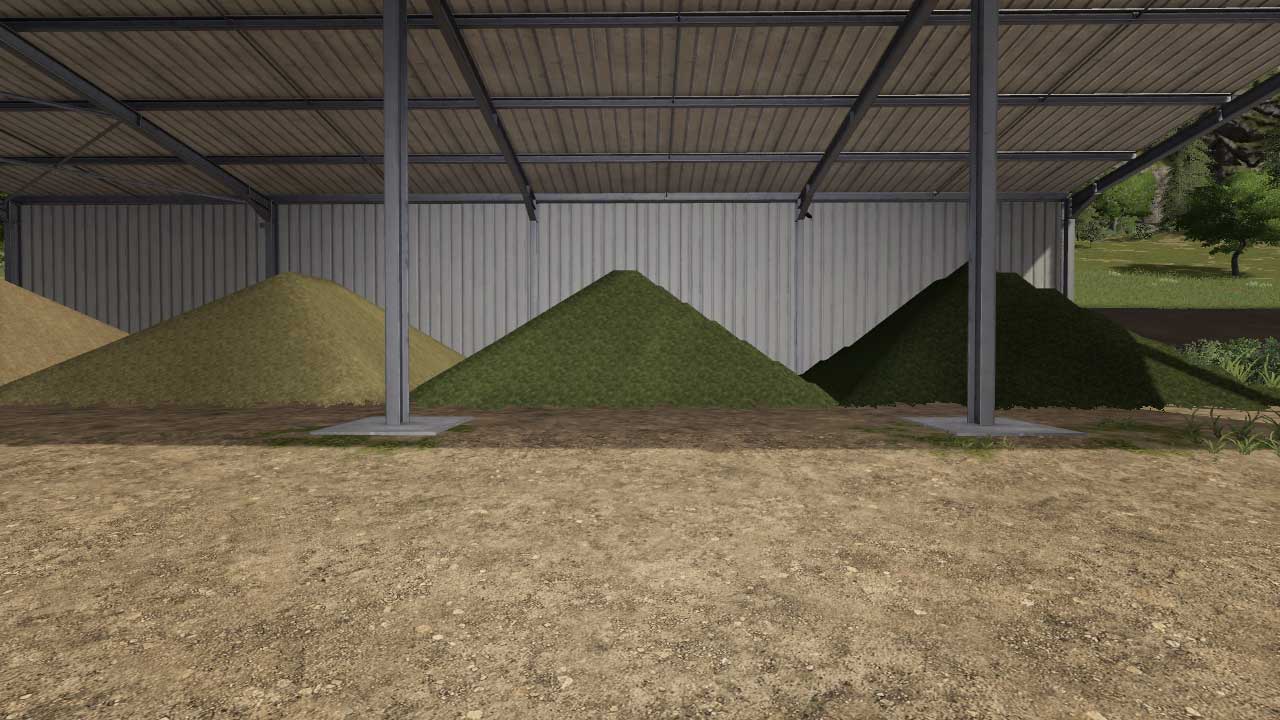 The three piles you see here are, from left to right: hay, semidry grass, and wet grass. (On the far left, off the side of the image, you can see a pile of straw). As you might have noticed, we have re-used the basegame hay colors for our semidry and created a new hay texture. Hay now better matched its real life counterpart.

We have made changes to the grass system in this update so that making silage and hay is a bit easier to control.

The most heard problem is the ‘sleeping bag tree’ or ‘teabag tree’. This is a problem with the map.

There is no news about a console release. We have been working hard on fixing bugs and improving gameplay, which is the first part of a release on console. Everything needs to work great before GIANTS QA will accept it.

There is no release date.