Seasons has a new rebalanced economy that feels more realistic and has a better connection with what is currently happening in your game.

The arbitrary loan cap in the vanilla game has been removed and replaced with a loan cap based on your equity, which is the combined value of your land and placeable buildings. The new loan cap is 80% of that equity with a minimum of 300,000 and a maximum of 1,500,000. In addition, the interest payable on the loan has been increased and is adjusted to the year length. Be sure to pay off your loans as the interest rates are higher now.

The prices of products change realistically during the year, based on supply/demand dynamics that occur in the real world. When something is in high supply, the prices will be lower. When something is in high demand, the prices will be higher. Supply and demand is now not only local for your savegame but acts more as if your farm is in an actual country with other farms. For example, the prices of firewood will increase in the winter due to higher demand, and the prices of wheat will decrease at the end of autumn due to higher supply.

The prices of some produce, which normally would not be sold by a farm, have been reduced to 0. This currently includes grass, hay and straw that hasn’t been baled and also grass bales. Hay, silage and straw bales can be sold as usual.

Information about the prices can be found on the economy page of the Seasons menu. 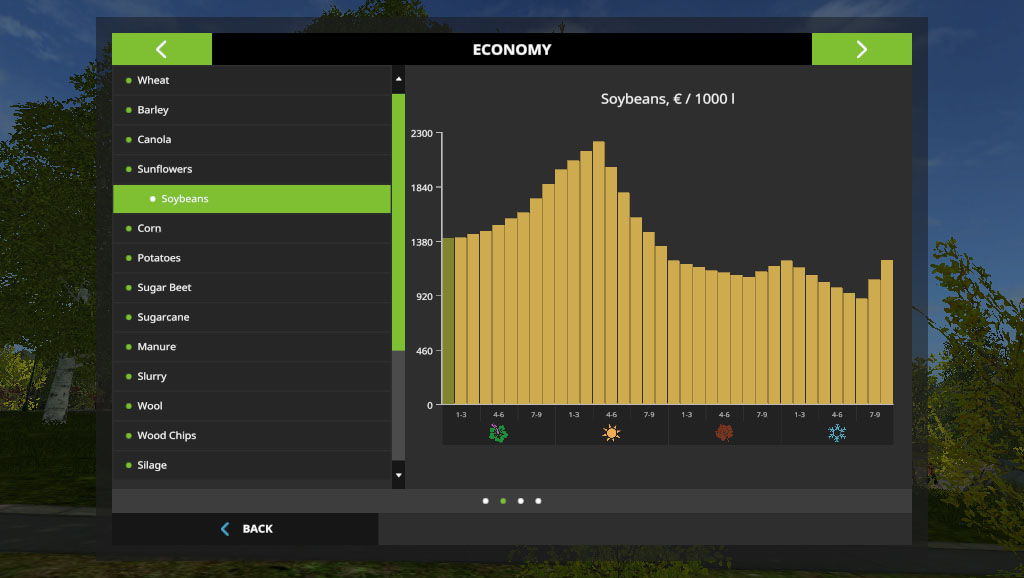 In your first year, simulated data is shown. The price will roughly follow this. So you can see when the best time is to buy or sell. Every day, the price is updated, so for next year you can use the price information of the year before.

The wages have been changed to fit the new economy system and the concept of seasons and years. Effectively, this means that wages are reduced, but also the concept of overtime has been introduced. On weekdays between 6AM and 6PM normal wage rate applies. Outside of those times, you will pay 150% of the normal rate. Therefore it pays to make sure you are using your workers efficiently, especially when you have just started and money may be tight.

The income you get from performing missions has been reduced compared to vanilla as we thought they were too profitable. In this case we have not reduced the income to realistic wages as this would destroy gameplay. There is no longer a time bonus for performing the missions quicker as either you have done the work or not.